Join us for our Spring class and BUILD A MUSICAL

Rube Goldberg is an inspiration to artists around the world. In this 10-week course, teens will create a simple musical using the most elaborate means necessary. Students will write a script, select music, build simple task machines, and engineer unusual costumes to bring music to life in a truly whacky way!

Week 1: Understanding Rube Goldberg & Becoming a “Cog” in the Machine

Students will learn about “simple task” machines and how they have been used in art, music, and theater. Students will select a piece of the musical machine (singing, dancing, acting, scenery, costumes, etc) they would prefer to focus on.

Collaborate with classmates to design our simple task machine- a 30 minute musical theater performance. Utilize Goldberg’s “cause-and-effect” approach to create a flow from each scene or musical number to the next. Test, edit, and revise the draft.

Week 10: Look What I Made! A Musical Machine!

Students show off their final product in an interactive performance.

NOTE: Student spots are not secure until full payment is received, and no refunds will be given for any reason for this class. 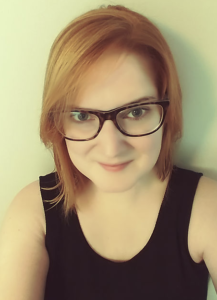 River Fisher earned a Master’s degree in Music Education in Choral Pedagogy from Illinois State University in 2017. She completed her undergraduate degree in Music Education at Augustana College in 2010. While there, she studied piano with Dennis Loftin, voice with Sangeetha Rayapati, organ with Larry Petersen, and opera with John Pfautz. Since 2010, River has served as an accompanist at churches in Peoria, IL and the Quad Cities. She has also had the opportunity to accompany and direct choirs at various schools, park districts, and community organizations. River is a recipient of the Nels and Emma Swanson Vocal Music Scholarship and the first place winner of the 2010 Steven Boone Webster Vocal Competition.